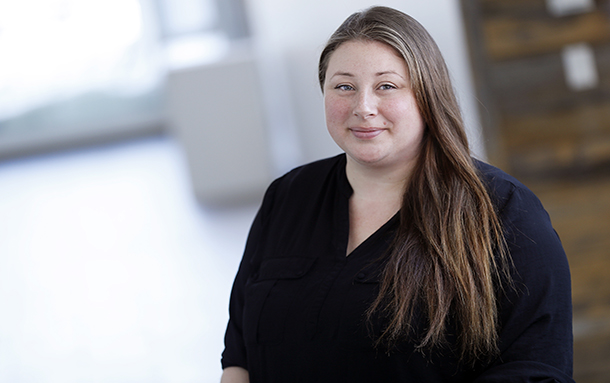 One of the core pieces of the NBIF mission is supporting innovative research being done by researchers around New Brunswick. These research projects show us the potential of new and exciting technologies; allow us to imagine new uses for existing procedures and materials; inspire commercial products that make our lives easier and more fulfilling; and teach us incredible things about the world in which we live.

We’re dedicating a series of posts over the next few months to researchers that we think everyone in this province should be familiar with.

“Taking time to be on the land reminds us that we are a part of nature, we are connected, and we must care for the land as the land cares for us.”

That’s Dr. Jesse Popp talking about getting out of her classroom at Mount Allison University and into the forests and marshlands surrounding the town of Sackville, NB. You might notice that she uses a slightly different manner of speaking than we’re used to hearing from busy scientific researchers. That’s likely because Dr. Popp is a wildlife ecologist, which is a scientific discipline that necessitates keen observation of the habitats and biomes around us in order to draw conclusions about what changes are occurring in our environment – and why they’re happening at all.

Dr. Popp’s research focuses on using ideas found in both Indigenous knowledge and Western science to investigate natural and anthropogenic disturbance impacts on wildlife, especially with regard to cultural keystone species. This type of research is especially crucial to undertake in the context of climate change. As a member of the Wiikwemkoong First Nation of Northern Ontario herself, Dr. Popp has a keen interest in, and understanding of, culturally-inclusive methods for comprehending the recent changes to the world around us.

“Indigenous perspectives, ways of knowing, and knowledge are important in science. Multiple approaches, worldviews, disciplines, and genders make science stronger,” says Dr. Popp. “On a planet that is undergoing drastic environmental change, inclusive science will undoubtedly help us to better understand the world and inform preservation and conservation.”

Unfortunately, many of these drastic environmental changes related to climate change and human industrial activity have led to massive population declines among the aforementioned cultural keystone species, an issue which disproportionately impacts Indigenous populations.

Why are these declines so crucial for researchers to understand? As Dr. Popp explains, cultural keystone species “play important roles in the diets, materials, social relationships, traditions, medicines, and cultures of Indigenous peoples.” Although her own current research focuses on declining numbers of moose across Canada, cultural keystone species decline affects people all over the world. It might be tuna for the Maori people of Oceania, or white pine for the Algonquin peoples of the eastern United States, but the causes and consequences are often eerily similar.

“The research I’m involved in aims to understand how Indigenous communities are impacted by fluctuating cultural keystone species populations, and further aims to understand factors that are related to population fluctuations,” says Dr. Popp. “That means everything from identifying factors related to moose population decline, to investigating railway impacts on species-at-risk, to understanding the potential impacts of climate change on the environment and on traditional ways of life.”

It is anticipated that Dr. Popp’s research will help shape the future of fields like forest management and wildlife conservation, as well as provincial and federal policy. She’s already been awarded a five year, $120,000 NSERC Discovery Grant, and her creation of a smartphone app to track moose population movements could herald similar marketable uses in the near future for technology in the ecology industry. With climate change becoming a larger issue for average Canadians and the country’s political class in the 21st century, these technologies have the ability to capture a huge share of a still-unclaimed market.

Although her research has been frequently recognized in scientific publications and continues to attract widespread interest in the mainstream media and among various funding partners, Dr. Popp’s impact as a mentor and professor may be even greater than that of her work in the lab and the field.

Through teaching courses at Mt. A like “Indigenous Peoples: Ecology, Science, and Technology” and “Indigenous Knowledge Systems”, Dr. Popp is showing her environmental science students that there is incredible value in embracing multiple perspectives on the causes and results of environmental crises.

In 2018, NBIF was pleased to support Dr. Popp’s move from Laurentian University to Mt. Allison by providing her with a $50,000 start-up grant to set up her lab, and we’re thrilled to continue working with her over the coming years to provide support for her research. 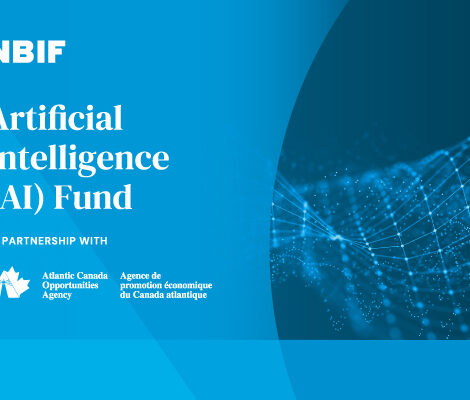