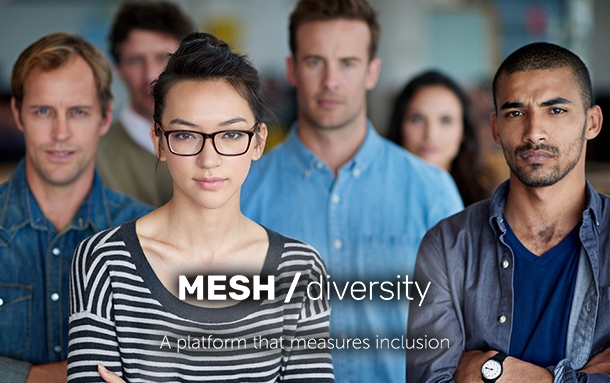 They say that great minds think alike, but is that true? Our portfolio company MESH/diversity, an inclusion-focused software company based in Moncton, believes there’s more strength to be found in our differences than our similarities.

As workplace diversity, fairer hiring and promotion processes become increasingly more important, we think software like the one offered by MESH/diversity will grow right alongside the growing trend. It’s the reason we recently invested $250,000 in the company, as part of an overall seed round over $950,000.

“Currently, there’s increased importance placed on equity, diversity and inclusivity which has created a new opportunity for solutions that create fairer hiring and human resources processes,” says Daniel Hoyles, the NBIF Investment Analyst who led the company through our processes. “We feel that MESH/diversity is uniquely positioned to address this.”

MESH/diversity was founded in 2013 based on the emotional intelligence and diversity research of Dr. Leeno Karumanchery, the company’s Chief Diversity Officer. In the years since their launch, the company has doubled their team, grown their revenue, and expanded their customer base to include Southern New Hampshire University, LPL Financial, OSL Retail Services and Habitat for Humanity Canada.

Though this is our first time investing in the company, our CEO Jeff White has known MESH’s CEO Mike Wright for years. Mike is known to be a strong leader in past roles – he previously served as VP of Operations with Brovada Technologies before the company was sold for US$15 million – and we feel confident in his ability to lead his latest venture to success. Of course, we also see a lot of growth potential for his company’s product.

“Rather than relying on personality profiles, MESH has distinguished itself from competitors by focusing their product on the behavioural makeups that actually drive belonging, inclusion and engagement in organizational culture,” explains Daniel.

Beyond the potential financial gains, we also see our investment in MESH/diversity as a step towards establishing New Brunswick as a leader in developing hiring processes that reflect equality, diversity and inclusiveness. That’s something we can really get behind.

“Companies are increasingly recognizing the value of building inclusive cultures, and contrary to popular belief, you can’t simply hire your way there,” says Mike Wright, MESH’s CEO. “At MESH, we take a data-driven approach to removing unconscious bias so our clients can build the cultures that they want.”

MESH/diversity plans to use the investment to help grow their revenue, build a sales and marketing team, and gain recognition as a thought leader.