Get to know the NBIF team- Meet Raymond Fitzpatrick 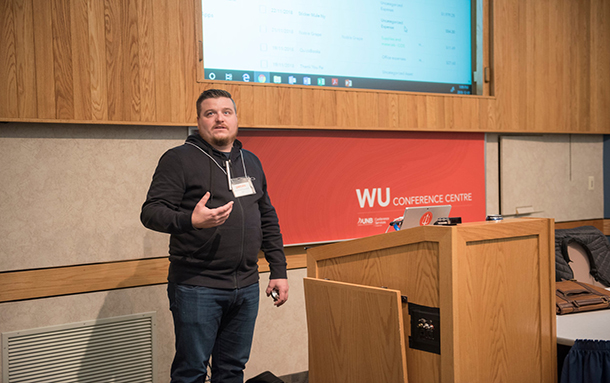 Get to know the NBIF team- Meet Raymond Fitzpatrick

Ever heard the saying ‘it takes one to know one’?

Although most of us have probably heard our grandmothers muttering it under their breath, the phrase means something slightly different to Ray Fitzpatrick, the NBIF’s Director of Investments and an entrepreneur in his own right as co-owner of Devil’s Keep Distillery in Fredericton. In his view, being in the same boat as the men and women on the other side of the table has made him much better at his job.

“It’s all about having empathy for your fellow entrepreneurs and business owners. If you don’t know what they’re going through, you’re more likely to misunderstand things – why aren’t you hiring? Why don’t you just get a grant? Having similar experiences makes you less likely to trivialize certain pieces.”

As Director of Investments, Ray’s task is to find and fund the best startups in New Brunswick, provide financial and instructional support for existing NBIF portfolio companies, and be an active participant in the wider venture capital ecosystem in Atlantic Canada. His career has certainly been all about numbers – including several years as an accountant and financial analyst at Irving Oil, and a current post as a part-time Venture Capital and Finance instructor at UNB – but his work at the NBIF involves much more than just pouring over balance sheets and financial statements.

“I view our work at the NBIF as having a major educational component. We’re not just trying to get a better deal for ourselves – we’re trying to educate people and spur economic development for everyone [in this province],” says Ray. “We have a small team, so how can we add value in three hours? We can provide board-level advice, and we can function as coworkers with entrepreneurs. That’s our role.”

As CEO Jeff White and Director of Research Laura Richard begin digging into their new responsibilities, Ray has been scrutinizing the venture capital side of the NBIF as well. A week spent at the Venture Capital Executive Program at UC Berkeley last summer helped clarify a lot of the thoughts he had been having about venture capital in this province.

“I loved my time there. Sometimes you can start to question yourself or have a bit of an inferiority complex [as a small place], but what I learned out there is that we have a really good [VC] framework in New Brunswick,” he says. “We’re really doing a lot of things right.”

The program also gave Ray some insight into the nature of the relationship between research and venture capital, and how the rich historical interplay between the two sectors has influenced organizations like the NBIF for decades.

“[I mean,] look at the history of Stanford University. You’ve got incredible technology research happening there, and then commercialization occurs with a few products – and all of a sudden you’ve got the start of angel investing. We can do that with the two arms of the NBIF.”

As for the future of his work at the NBIF, Ray is clear that while it’s a good thing for some thought processes and views to be consistently changed and challenged, there are a few things about venture capital that will always stay the same.

“Honestly, the team of people is the number one thing. Most companies don’t fail due to technical difficulties, they fail because of people. There are a ton of things that we look for in potential investments, but at the end of the day, we want to do business with smart, hardworking, and enthusiastic people.”

It’s all about the people – leave it to a spirits producer to distill a complicated field like venture capital down to its simplest essence, leaving only an investment philosophy as pure as vodka. It’s five o’clock somewhere, right?