Get to know the NBIF team- Meet Dr. Laura Richard 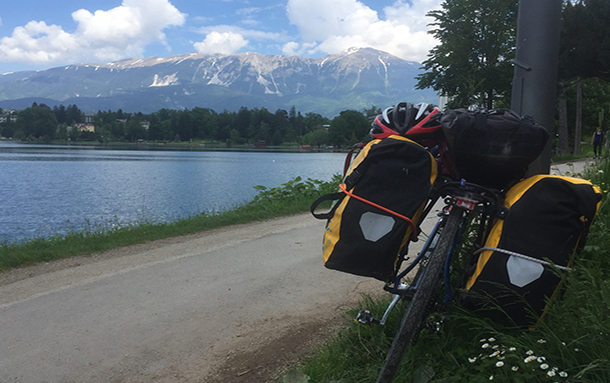 Get to know the NBIF team- Meet Dr. Laura Richard

Most of us can confidently say that we’ve never considered traversing the length of the former Ottoman Empire by bicycle, but for Dr. Laura Richard, the NBIF’s new Director of Research, that cross-continent tour was just another adventure in a life full of them. And, somehow, her academic and professional journey still might be more impressive than her long-distance trek from Turkey to Belgium.

A Fredericton native, Laura’s studies in chemistry took her from the University of New Brunswick to the hallowed halls of Oxford on a Clarendon Scholarship, where she successfully completed her PhD in Inorganic Chemistry while rowing for the university’s crew team. Rather than move back to Canada, Dr. Richard accepted a position as a senior chemist at Velocys, a company that had been spun out of research that she had contributed to at Oxford focused around renewable energy and biomass fuel production.

That early experience bridging the gap between research and commercialization is highly significant for the work she hopes to do at the NBIF. “Because [Velocys] was a spin-out, there was front-line research going on there. I even have a few patents that came out of that time,” said Dr. Richard. “Research and business are two very different domains, but to succeed in either, you have to be a passionate, enthusiastic person.”

After leaving Velocys, Dr. Richard hopped over to continental Europe, taking a job in Belgium as an analytical chemistry expert with Proctor and Gamble. In her time there, split between the company’s research labs and its manufacturing plants, she managed several research and development projects, including high-level work on key products like Downy Fabric Softener and Tide Pods. But after a decade living abroad, the allure of coming home to the wide-open, natural spaces of New Brunswick was too strong for the avid runner, biker and swimmer.

In conversation, Dr. Richard is effusive with her praise of New Brunswick’s research sector. “The quality and scope of the researchers I’ve met so far is incredible,” she said earlier this month. “I have no history with these organizations, so I’m seeing everything from an outside perspective, but it’s quickly becoming clear that we have to get out on the road and start telling these stories.”

Although she’ll be traveling around the province by car for now, Dr. Richard certainly isn’t putting the bike away, having recently joined Fredericton’s local triathlon club. She won’t be changing her competition-honed mindset in her new position either.

“As an athlete and as a researcher, you have to be constantly performance-focused. Efficient, measurable goals are key to getting the job done,” she said. “It’s an exciting time at NBIF – we’re here, we’re open, and we’re ready to go.”

There’s a wide world of research out there in New Brunswick these days, but that’s never stopped Laura Richard before – don’t expect it to now.